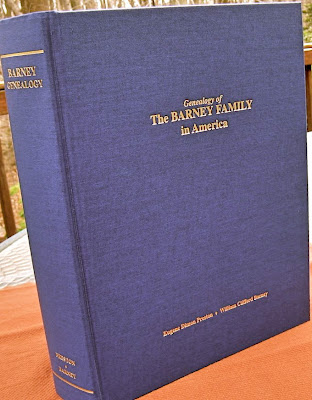 
As of the new decade, January 2020, we are pleased to announce that copies of the Barney book are still available at the same price as advertised in January 2012. Thank you for your interest and support of the Barney family history and genealogy.  ~~ Cliff Barney

$59.00 postpaid to U.S.A.
No Shipments outside of United States